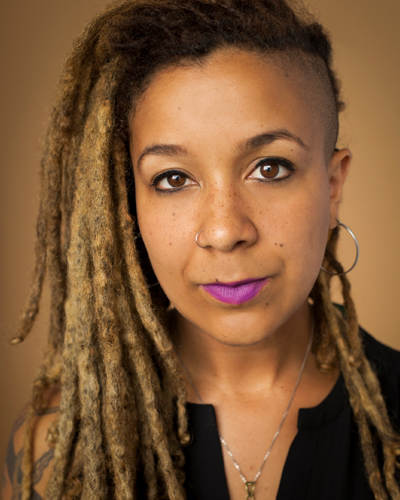 Delving into the roots of anti-Black racism is not simply an academic pursuit for Robyn Maynard. The 33-year-old Toronto-based Black feminist author and Vanier Canada Graduate Scholar, who also holds a Faculty of Arts and Science Top Doctoral Fellowship at the University of Toronto, has dedicated roughly half her life to examining and exposing Canada’s history of racism and the resulting injustices that have damaged the lives of generations of Black, Indigenous and racialized Canadians.

Maynard’s passion for the subject dates to her late teens when her life as an activist and advocate developed out of frustration over Canadians’ misplaced pride in the country’s “cultural mosaic” and widely applauded racial tolerance. Far from the image of harmony and social justice the country projects on the world stage, Maynard’s observations of the lived experiences of members of the Black community underscored the disconnect between the professed national commitment to diversity and daily discriminatory practices against Black people.

Black women and children experience disproportionate levels of child welfare, sexual abuse and violence, while Black men have higher rates of incarceration, all of which can exacerbate physical and mental health issues as well as increase peoples’ vulnerability to HIV. Black migrants, such as Haitians, who sought asylum at our borders in recent years, also are unduly harmed and impacted by global displacement. Motivated to act, Maynard became involved in grassroots movements against racial profiling, police violence, detention and deportation.

Interest in these disparities was further fuelled when she was an undergraduate student at McGill University. While living in Montréal, she gained a non-academic perspective on anti-Black discrimination when she became involved in harm reduction, working as a street-based outreach worker for community organizations. “As I looked at the realities of Black people, especially women, it became obvious that what we are facing as a community, whether related to poverty, schooling or policing, is not happening just at the individual or family level, but is structurally embedded in this country’s institutions. And this reality was being made invisible, over and over again, because of bureaucratic inertia and systemic racism.”

After spending her days talking with Black teens being harassed by police on the way to school or fighting immigration and criminal justice challenges confronting adults, it became increasingly apparent that there was a lack of awareness and understanding about our country's history with race and racism and the injustices that persist today.

Maynard turned to writing as a tool to bring these issues to the forefront. In 2017, she published Policing Black Lives: State Violence in Canada from Slavery to the Present. The award-winning national bestseller won several prizes and was named one of the “best 100 books of 2017” by the Hill Times and listed in The Walrus’ “best books of 2018.” A year later, the book was translated into French by award-winning translator Catherine Ego,and published as NoirEs sous surveillance : esclavage, repression, violence d’État au Canada. It won the 2019 Prix de libraires in the category  “essai.”

Maynard is currently co-writing Rehearsals for Living with Leanne Betasamosake Simpson, which is forthcoming from Knopf Canada in 2022.

Maynard’s prolific academic papers on race, gender and discrimination are taught widely in universities across Canada and the United States, in large part due to the cross-cutting nature of her work. Her research crosses boundaries and has applications at multiple levels, locally and internationally, within academic scholarship, direct community and political action, as well as public policy. She has spoken before parliamentary committees, the Senate Standing Committee on Human Rights, and the United Nations Human Rights Working Group of Experts on People of African Descent. Her expertise and outstanding communications skills are regularly sought by local, national and international media outlets.

Despite the time constraints of being a doctoral student and the mother of a young child, Maynard is on the leading edge of research into the unique realities faced by Black migrants living in Canada, the United States and the United Kingdom. Her Vanier-funded dissertation project sheds light on the overlapping forms of social, political, gendered and economic marginalization by highlighting the recent political contributions of Black social movements in support of the human rights of Black migrants. Her research examines the systematic and intimate conditions of those most affected, and will make a significant contribution to migrant studies, feminist studies and Black and African diasporic studies.

While Maynard welcomes the recognition and support, what she finds most encouraging is the courage of Black communities across Canada, and around the world, who are at the vanguard of the creation of a more just society globally.

“Through Black Lives Matters, we are witnessing a movement that is, in no uncertain terms, demanding an end to the systemic anti-Black racism that is so embedded in society, and is shifting and re-imagining safety around the experiences of those who are most marginalized. In this way, we are starting to witness a beautiful and important shift toward abolitionist futures.”

The Talent Award recognizes outstanding research achievement and career potential from a SSHRC doctoral or postdoctoral fellowship or scholarship holder.