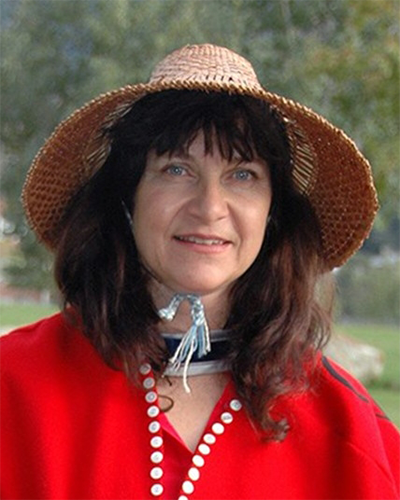 In 2019—the International Year of Indigenous Languages—it is really fitting that we can celebrate Indigenous languages through our SSHRC partnership. I really want to emphasize that every one of my colleagues, collaborators, researchers and communities, all who have worked with us, are as deserving as I am of this recognition.

Marianne Ignace’s more than 30 years of work to preserve British Columbia’s Indigenous languages have been an effort to preserve the past and revitalize it for the 21st century. Her current partnership work applies research and evidence-based tools, including but not limited to digital technology, to stem the loss of Indigenous languages.

The Simon Fraser University linguistics researcher and director of the First Nations Language Centre is working with 23 community partners across the province, Yukon and Alaska to use digital technology to document, conserve and teach more than a dozen languages. All of these Indigenous languages speak to thousands of years of peoples’ connection to land. One, Haida, is a linguistic isolate, unrelated to any other language.

When Ignace and her research partners applied for their SSHRC grant in 2012, the outlook for these languages was bleak; only 5.1 per cent of BC First Nations populations were fluent speakers of their own language. And those were mainly Elders. Predictions were that by 2019 several of these languages would have no one left who had learned them as a first language.

Supported by a seven-year SSHRC Partnership Grant, Ignace and her partners have produced impressive archives across language domains, including for place-naming, Indigenous law, and ethnobotany, among others. The archives bring together grammar, dictionary and innovative story work, as well as conversations between speakers.

“[We] document registers of speech that had not been documented, like how to make conversation, how to talk about land, environment, plants and animals,” says Ignace. The project has also trained Indigenous researchers whose own work will help revitalize endangered languages.

To foster second-language learning, the partnership has co-created community projects such as immersion language nests for preschoolers, language houses and boot camps for adults, and undergraduate and graduate curricula. In the Heiltsuk community of the central coast of BC, researchers have also created an online orthography converter and a digital dictionary.

In collaboration with Simon Fraser University’s New Media Lab, partnership researchers have also adapted the Odysseas intelligent language tutor, originally developed for Greek, to work for Indigenous languages. They already have apps with a series of lessons available for learning the Sm’algyax, Secwepemctsin and Haida languages, with another 15 under development.

“We are also relying on digital resources to produce new language for a new generation,” says Ignace. For example, she and two graduate students have been developing and testing a 45-minute physical exercise routine in Haida.

A model of collaboration

Their model of collaborative approaches to research involving Indigenous peoples and communities was also recognized this year with a Governor General’s Innovation Award.

“I’m proud of what I see happening,” says Marianne Ignace. “In the last three years or so I’ve seen this amazing energy and achievement among younger people becoming really proficient in their Indigenous languages. They’re going to be the torch bearers, the language warriors. It feels like light at the end of the tunnel.”

The Partnership Award recognizes a SSHRC-funded formal partnership for its outstanding achievement in advancing research, research training or knowledge mobilization, or developing a new partnership approach to research and/or related activities.