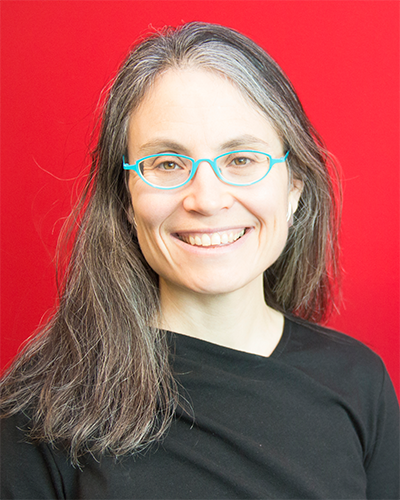 Without SSHRC support, in particular for interdisciplinary research spanning a wide geography, the initiatives with which I've been involved, and the findings they have yielded―as well as the policy impact that all of my collaborators have made―would never have been possible.

An increasing number of workers are precariously employed, in jobs that are insecure in many ways. Leah Vosko, Canada’s foremost expert on national and global precarious employment, wants to change that.

A York University professor since 2001, and Canada Research Chair in the Political Economy of Gender and Work, Vosko has greatly advanced scholarship in her field.

Vosko’s pioneering research is credited with bringing the concept of “precarious employment” into widespread use, alongside innovative approaches to measuring it. Vosko defines precarious employment as work for remuneration that is characterized by uncertainty, low wages and limited access to regulatory protections.

Her research also highlights how precariousness is often linked to social relations like gender, race, age, citizenship and immigration status, and (dis)ability.

“I was motivated to develop an understanding of labour market insecurity, attentive to workers’ lived experience,” she says.

Her research on the sources of, and solutions to, labour market insecurity is, she explains, “interdisciplinary, lying at the intersection of gender and migration studies, political economy, law and politics.”

Scholars around the world have adopted her conceptualization of precarious employment, and her work has been used to develop policies that better address labour market insecurity.

Vosko’s current research explores both employment standards enforcement, and access to labour rights and protections for temporary migrant workers. She plans to use her Insight Award funding to expand her work on compliance with Part III of the Canada Labour Code, which applies to workers and employers in the federally regulated private sector. She will also use it to analyze how deportability, or threats and acts of deportation, deprives temporary migrant workers of their labour rights.

Vosko’s research on precariousness in the labour market has been trailblazing. She has also brought to light the undervaluation of “women’s work,” delved into the dynamics of deportability and shown the widespread lack of enforcement of labour standards. Her role in drawing the public’s attention to these issues has had a profound impact on public policy.

Vosko’s research has informed labour legislation in Ontario and elsewhere, and she was recently consulted on the modernization of the Canada Labour Code. Her work with Statistics Canada and the International Labour Organization has also contributed to new indicators of precariousness.

Her grounded efforts, including two SSHRC-funded community-university partnerships, have involved working with workers’ organizations, government, postsecondary researchers from across Canada and beyond, and national and international statistical agencies. The results have helped governmental and non-governmental organizations educate the public about the monumental problem of precarious employment and the struggle for change.

SSHRC’s Insight Award recognizes outstanding achievement by an individual or team whose project has made a significant contribution to knowledge and understanding about people, societies and the world.