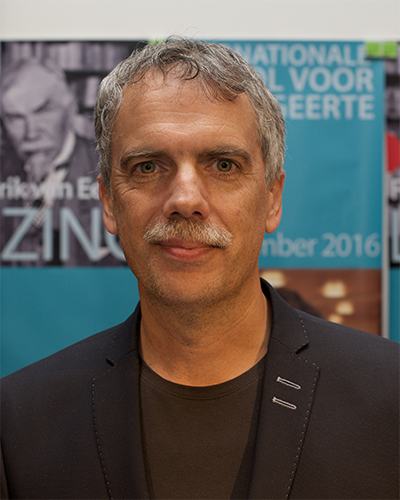 I view the Gold Medal as evidence that, over the longue durée, political philosophy, at least here in Canada, does make a difference and is valued by the broader community. And that’s deeply satisfying.

Political philosopher Will Kymlicka’s groundbreaking work on the link between democracy and diversity—and, more recently, on animal ethics—has secured him a position among Canada’s most influential thinkers.

Kymlicka is professor of philosophy and the Canada Research Chair in Political Philosophy at Queen's University. His work has led thinking on issues around multiculturalism, citizenship and justice.

At the outset of his career, Kymlicka pioneered the study of multiculturalism, ethnicity and nationalism as a central, long-lasting research agenda for political theory and philosophy. His early work marked a decisive turning point in the debate between individual rights and group membership.

A common thread throughout his work has been the need to rethink inherited ideas of social membership and political citizenship, so we can better recognize the genuine diversity of contemporary societies.

“Our idea of citizenship is very narrow. It works for some and not for others, both human and animal,” says Kymlicka. “All of my career has been about reflecting a better sense of membership.”

Kymlicka and his research partners apply their theoretical work directly to practical problems. He is a sought-after advisor on policies by governmental agencies and non-governmental organizations, including the Canadian Centre for Foreign Policy Development; the Department of Canadian Heritage; Immigration, Refugees and Citizenship Canada, Global Affairs Canada; and UNESCO. The more than 80 presentations he’s given to such organizations include ones to the World Bank, the World Social Forum, and the United Nations Development Programme.

In Canada, Kymlicka’s work addresses the concerns of Canadians of diverse backgrounds to steer Canada toward a more inclusive democracy. He continues to argue for the collective rights of minorities such as French Canadians and Indigenous peoples, on the grounds that a secure sense of cultural belonging is of great importance for individual well-being.

Kymlicka’s contributions have given people a new way to talk about and understand relationships between groups such as English and French, country-born and immigrant, and Indigenous and non-Indigenous peoples. SSHRC has awarded 10 grants to him and his research collaborators over the past 30 years.

Recently, he has expanded his work to consider the social, legal and political status of animals. He and research partner Sue Donaldson are exploring the idea that domesticated animals should be seen as fuller members of human-animal communities.

Kymlicka’s research and Canada Research Chair have attracted students from around the world to work with him.

“I feel quite confident that there is a younger generation of scholars who are more than willing and able to take up these issues,” he says. “So, I think the field is in good hands.”

SSHRC’s highest honour, the prestigious Gold Medal is given to individuals whose sustained leadership, dedication and originality of thought have inspired students and colleagues alike.