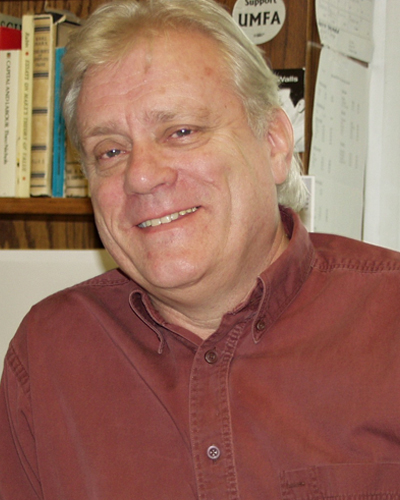 The title “Canada’s economist answer to Robin Hood” to describe economist John Loxley would not come as a surprise to the people who knew him. As one of 12 children growing up in a working-class family in Sheffield, England, he learned firsthand the difference that supports for access to education, proper housing and food supplements make to low-income families. The recipient of scholarships enabling him to attend university, Loxley completed a PhD in economics at Leeds University in 1966. That opportunity led to a lifetime deeply committed to building a more equitable world.

During a career spanning more than five decades, Loxley applied his gifts as a caring and empathetic person, putting them to work for the greater good. His expertise in international finance, international development and community economic development led him to serve as an economic adviser to governments throughout Africa, including the incoming government of Nelson Mandela in South Africa.

When he was recruited in 1975 to work with the Government of Manitoba, he was able to use his intellect and skills as an academic, organizer and activist to champion the interests of people marginalized by Canada’s economic system. This work brought him together with leaders and individuals in Indigenous communities, connections that would drive his passion for social justice. He joined the University of Manitoba as a professor in the Department of Economics in 1977. There his community-based participatory research approach—focused on working collaboratively with communities to respond to their issues and concerns—was the hallmark of his outstanding leadership and academic excellence.

Central to his work as both an activist and an economist was the empowerment of people and marginalized communities to develop their own economic strengths.

Few miss John Loxley more deeply, following his unexpected death in July 2020 at the age of 77, than his partners on his final SSHRC-funded Partnership Grant “Community Driven Solutions to Poverty: Challenges and Possibilities,” a project of the Manitoba Research Alliance (MRA).

“John Loxley believed strongly in the importance of interdisciplinary research and the richness that comes from experiential knowledge. For 20 years John led the MRA, a community-led research consortium of academics, community partners and government representatives,” explains Shauna MacKinnon, associate professor in the Department of Urban and Inner City Studies at the University of Winnipeg. Following Loxley’s death, she was appointed the principal investigator of the project.

“John leaves a strong legacy of meaningful collaborative research, effective knowledge mobilization and policy impact. MRA university scholars and community activists now honour John through our continued commitment to research that exposes social and economic injustices, proposes solutions, and works in collaboration with the community to advocate for public policy change,” she adds.

For Loxley, partnerships were a powerful vehicle to address racialized poverty and reduce inequality. He built bridges as he engaged people across a broad cross-section of sectors, including the people most directly affected by these issues, to bring about meaningful change.

He used his formidable intelligence, networking connections, and special capacity to connect people to address the economic inequalities and injustices in our society and communities. Loxley had a transformative vision—he sought to create a system where the vulnerable have a voice, opportunities and supports, whether it be through the anti-apartheid movement or the First Nations Child and Family Caring Society.

The beloved professor is also greatly missed by his students, who paid homage to him in an online tribute following his death that was an equal mix of outpouring of grief and celebration of the positive ways he had influenced their lives. Throughout his over 40 years at the University of Manitoba, he quietly provided support and mentorship in so many ways that went above and beyond the role of a professor. As a testament to the profound impact he had on his students and colleagues, in honour of his 60th birthday, they organized an international conference in his name and produced a book of essays as a surprise gift.

John Loxley’s legacy ripples throughout the communities where he touched the lives of so many. He took his knowledge and experiences to provincial Cabinet and boards of director tables in both the public and not-for-profit sectors. He gave generously of his time and advice to volunteer and labour groups. He also took international students under his wing, providing support and assistance.

John’s memory will be associated with nationally recognized organizations such as the Royal Society of Canada and the Canadian Centre for Policy Alternatives, and as the recipient of awards including the John Kenneth Galbraith Prize in Economics, the Canadian Association of University Teachers Distinguished Academic Award (now called the Lee Lorch Award) and SSHRC’s Impact Awards Partnership Award. But his most lasting impact will be in the ongoing research being carried out by teams of community members and academics who continue his important work.

The Partnership Award recognizes a SSHRC-funded formal partnership for its outstanding achievement in advancing research, research training or knowledge mobilization, or developing a new partnership approach to research and/or related activities.