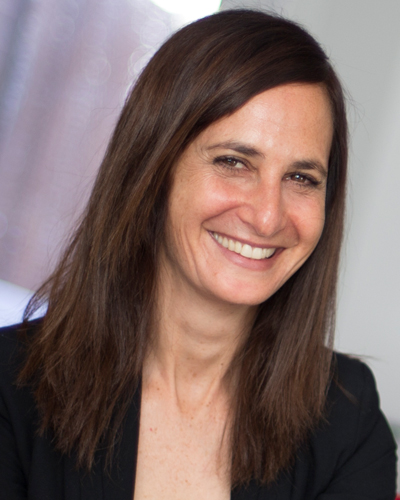 It is one thing to watch TV reports about the horrors in conflict zones worlds away from the comfort of our Canadian couches and altogether another to bear witness to the reality firsthand. Myriam Denov did not have a clear career trajectory before doing on-the-ground research in the immediate aftermath of the Sierra Leone war (1991-2002), but that up-close experience was the catalyst for her specialization in youth, gender and armed conflict as she sought to better understand and document its devastating impacts on children and youth.

“I was always interested in child advocacy and children’s rights, but some situations really mark you and working in Sierra Leone was one that very much shaped my career path,” she explains. “Working in collaboration with a local NGO advocating for children’s rights and supporting former child soldiers, I met with young girls and boys whose stories broadened my understanding of the impact of war, and what they had experienced. They inspired me to go beyond a narrow research focus and get more into advocacy.”

That inspiration translated into action on multiple fronts. Drawing on her multidisciplinary background in criminology, sociology and social work, Denov undertook numerous research projects, funded through various Canadian and international grants and awards, which have revealed the roughly 87 million children around the world growing up in conditions of violence and deprivation in conflict zones. Through 12 books and edited collections, and over 160 articles, chapters and reports, she has exposed the horrendous human rights violations of children caught up in war, highlighting how their development and well-being are severely compromised.

Denov’s SSHRC-funded research on child soldiers broke new ground in understanding children’s participation in hostilities and the long-term effects. While previous work tended to portray child soldiers as victims, her research revealed the unique and subversive ways that children resist participation in violence by opposing authority structures, even under highly coercive conditions. Her work on girls and armed conflict was equally innovative in exposing the distinct differences in the experiences of girls in armed groups, as most prior research focused primarily on male child soldiers.

“I remember one young woman, in particular, a former child soldier who was 16 at the time. She had been abducted into the rebel Revolutionary United Front and not only participated in the war as a combatant but also was forced to become a “wife” to a rebel commander. During the five years she was engaged in the conflict, she had two children born of rape, who were later viewed as a source of shame and discrimination by her family and community. Here was a young girl, a victim of rape herself, trying to make her way in a context of stigma and discrimination to protect her own children from the horrors of war and give them a better future.”

Denov’s insights into these issues led to the next phase of her research. Through a SSHRC-funded project, she has been exploring the realities of children born of wartime rape, addressing the increasing incidence of sexual violence in war and its intergenerational effects.

Not content to simply record and analyze these atrocities, Denov has developed policies and programs to improve the lives of children and families affected by war, on a global level. Most notably, she founded Global Child McGill, a research group that examines the migration and resettlement realities of war-affected refugees in Canada. With representatives from law, social work, psychiatry, education and communications, the group focuses on partnership and transdisciplinary collaboration to improve and enhance Canadian refugee policy and practice. Her work has helped shape Canadian policy and practice at Global Affairs Canada, National Defence, and Citizenship and Immigration Canada, and informed Canadian clinical practitioners working with refugee children and families. Her research is also used by NGOs working with war-affected girls.

Not surprisingly, given the importance and pioneering nature of her work, Denov is the first social work researcher to be awarded a Killam Research Fellowship and the first to be named a Tier 1 Canada Research Chair. However, the recognition that accompanies these titles matters less to her than ensuring that her research leads to meaningful change for the millions of young people trapped in war zones. Despite frequent proclamations of “never again” after each conflict, she worries that the world does not seem to be collectively learning from the past, as we continue to see mounting hate of the “other.”

Equally concerning to Denov is the silence that surrounds these issues. “Silence in terms of the marginality of children and youth, and most especially silence around girls and women in armed conflict. But also silence as it relates to child and youth participation in programming and reconciliation efforts. Children’s experiences and voices are often peripheral and excluded from important national and international reconciliation processes.” Addressing that silence and marginalization is vital and, as she notes, “there is so much more to do.”

SSHRC’s Insight Award recognizes outstanding achievement by an individual or team whose project has made a significant contribution to knowledge and understanding about people, societies and the world.