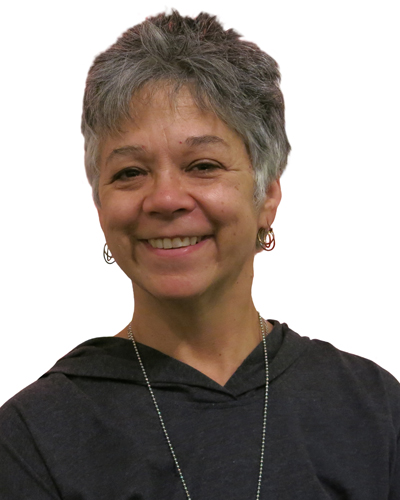 “I was certainly not expecting to win the Gold Medal, and I am very touched by this honour,” says Francine Saillant. “What makes this even more special is that Margaret Lock, my former thesis supervisor, who is now professor emerita at McGill University, won the Gold Medal herself in 2007. Two Québécoise from different generations working in the same discipline and both receiving this honour is quite rare.”

For Saillant, professor emerita in the Department of Anthropology at Université Laval, the Gold Medal recognizes the importance of the social sciences. It is also a way to celebrate her over three-decade-long career, which has been marked by an ongoing engagement with social justice—the thread connecting all of her research projects and initiatives—and a desire to advance research in her field. Recognition of minority groups is an issue close to her heart. An expert in medical anthropology and human rights, Saillant began receiving accolades for her scholarly achievements over 40 years ago. In 1978 she received the SSHRC Queen’s Fellowship, an award given at the time to the best master’s student in Canada.

Coming from a modest background, Saillant was aware of injustice and class issues from a very young age. To pay for her studies in anthropology, she worked as a psychiatric nurse. “I spent several years around madness,” she explains. “I witnessed firsthand the suffering of people dealing with mental health issues. Over time, I learned a lot about vulnerability and human fragility.”

Following her doctorate in medical anthropology in 1987 from McGill University, Saillant became one of the first researchers to study family caregiving practices. Her work led her to consider care as a social bond and collective responsibility at a time when there was still very little talk of informal caregivers and the value of their work. “I was fascinated by the way caregivers, nurses, doctors and family caregivers were devoted to others. I asked myself: Who are these people who care this much about vulnerable people and still always seem to have more to give? My goal was to define caregiving from a social perspective. In this way, I believe I have contributed to a broader recognition of the concept of family caregivers and an understanding of the complexity of this role.”

Saillant continued her involvement with social justice issues, carrying out research in Brazil, a country where discrimination against Indigenous Peoples and Brazilians of African descent, including enslavement, dates back 400 years. During her time there, she became more focused on human rights—international humanitarianism, crimes against humanity and the work of advocates who champion these causes and make a significant impact on society. Her research on reparations for harm inflicted on the descendants of Afro-Brazilian enslaved peoples became the subject of her seminal book Le mouvement noir au Brésil (2000-2010). Réparations, droits et citoyenneté, the first examination in French of the Black movement in Brazil.

Saillant turned her lens on equality and human rights closer to home as well, which led her to develop InterReconnaissance. This major research project, and a subsequent publication on collective memory, retraced the journeys of community groups in Quebec who fought for equal rights for all.

Saillant may have retired from teaching in 2015, but she still takes a great interest in education and enjoys participating in innovative projects and creative research initiatives. This unflagging enthusiasm led her to collaborate with a colleague from the Université de Lausanne to launch Anthropen, an encyclopedic online dictionary of anthropology that shares knowledge in this field to a wider audience. It also provides greater visibility to French‑language anthropological research.

Beyond her considerable research accomplishments and human rights advocacy, Saillant is a well-known writer and filmmaker. Recently, she has been able to return to poetry, which she had regretfully abandoned following her studies. During the 1970s and ‘80s, she had carved out a niche for herself in the literary world, and in 2003 her poems were published in the first-ever anthology of poetry by women in Quebec. She was also nominated for the prestigious Prix Émile‑Nelligan. Today, she focuses on drawing, painting and installation art, three modes of communication that are quite close to anthropology and allow her to use a medium other than words to express herself. Since her time in Brazil, she has also added video art to her artistic practice and has recently finished shooting Apparaître, a documentary on the benefits of art for people dealing with mental illness, which is set to be released this year.

As for retirement? That’s nothing more than a change in job title, according to Saillant. Real retirement is simply not in the cards. “In a field like mine, work doesn’t end as long as it is still possible to make advances in a way that is meaningful for other people. It remains a great pleasure for me to participate in the life of my community and in the social, research and artistic spheres.”

SSHRC’s highest honour, the prestigious Gold Medal is given to individuals whose sustained leadership, dedication and originality of thought have inspired students and colleagues alike.