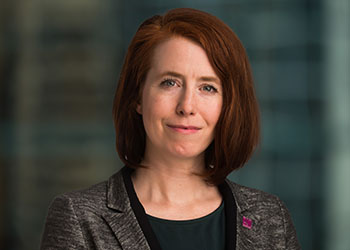 Anoush F. Terjanian serves as assistant vice-dean, Partnerships and Research Networks, Faculty of Social Sciences, at the University of Ottawa. Formerly a tenured associate professor of history at East Carolina University, her research and teaching focus on the origins of capitalism and modern democracy. She is the author of Commerce and Its Discontents in Eighteenth-Century French Political Thought (Cambridge University Press, paperback reprint 2016).

As founding director of the United States Social Science Research Council's Anxieties of Democracy program (2015-17), Terjanian collaborated with an eminent advisory committee to design, fund, promote and manage this international venture to produce and broadcast a better understanding of the dilemmas of legitimacy and capacity faced by established democracies. Mobilizing a diverse team of more than 75 top-tier social scientists, journalists and practitioners to “smart up the public conversation about democracy with fresh social science,” Terjanian led and funded innovative public programming and communications strategies to champion the civic role of university research to the broadest publics.

Born and raised in Canada, and having lived and studied in Egypt, England, France and Italy, Terjanian brings an international perspective to her work. Her interest in democratic institutions and politics is longstanding: Terjanian is an alumna of the non-partisan Parliamentary Internship Programme, a research action initiative of the Canadian Political Science Association that operates with support from the Speaker of the House of Commons. She also served on Canada’s G7 Summit delegation as a summit officer in the Department of Foreign Affairs and International Trade.