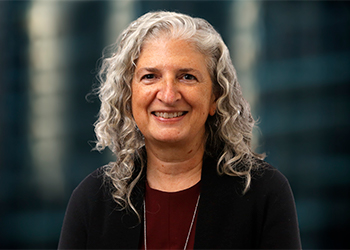 Siân Echard attended Queen’s University in Kingston, graduating in 1984. She completed her MA and PhD at the Centre for Medieval Studies at the University of Toronto in 1990.  Since then, she has been at The University of British Columbia, where she is now a professor of English.

Trained as an interdisciplinary medievalist, her research has three main focuses.

One is Anglo-Latin literature (especially Geoffrey of Monmouth) and Arthurian literature. Her publications in that field include Arthurian Narrative in the Latin Tradition (Cambridge: Cambridge University Press, 1998) and the edited collection The Arthur of Medieval Latin Literature (Cardiff: University of Wales Press, 2011).

Echard’s second research focus is John Gower. She is the editor of A Companion to Gower (Cambridge: D.S. Brewer, 2004) and the author of many articles about his English and Latin poetry and their manuscript presentation.

Her third field of interest is book history. Echard is particularly interested in how the presentation of text—on the page, in the archive and in the digital world—affects how text is received and discussed. Her monograph Printing the Middle Ages (Philadelphia: University of Pennsylvania Press, 2008) is focused on post-medieval printings of medieval texts. She is a co-author of The Book in Britain: A Historical Introduction (Chichester: Wiley-Blackwell, 2019). With Robert Rouse, she is the general editor of The Encyclopedia of Medieval Literature in Britain (Chichester: Wiley-Blackwell, 2017).

Echard has won UBC, national and international awards for her research, as well as a UBC Killam teaching prize.